We are biologists and more in this week’s news roundup

We are actors & directors 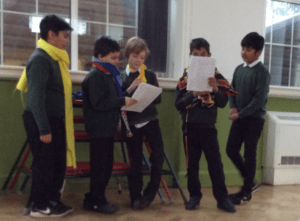 Year 5 pupils at Evergreen Primary Academy have immersed themselves in the story ‘A Christmas Carol.’ They spent time as actors and directors to ensure they had a knowledge of the plot.

Pupils used different fabrics to determine their characters and even used facial expressions to help.

They discussed ghosts having some mind control over some people and making them feel ill and cold. There was some great collaboration from all pupils involved. 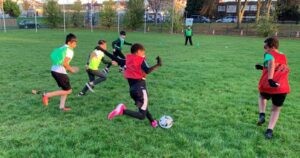 They have been improving their passing and one-on-one defending skills, the past two weeks and pupils are making great progress as footballers! 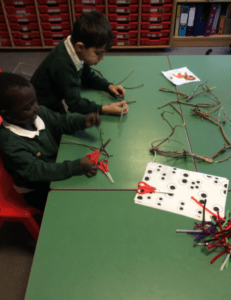 Year 1 pupils at Evergreen Primary Academy had a peculiar visitor in class this week. Pupils created their own stick people out of sticks! 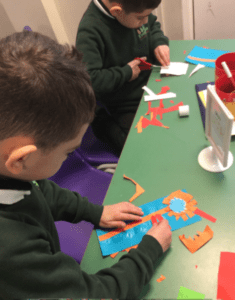 During Culture Week year 2 pupils at Evergreen Primary Academy explored Bangladesh. They learnt many things about its culture and their way of life.

We are animal biologists 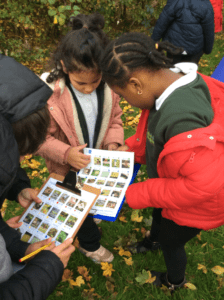 We are animal biologists. Year 2 pupils at Evergreen Primary Academy were really lucky to visit the Wild Place, in Bristol. At Wild Place Pupils saw many kinds of animals.

When pupils went back to school they took up the RSPB’s challenge of recording the habitats they have at school.

Pupils are also lucky to have many great spaces at school for animals including bird tables, insect houses, trees, bushes and even a pond.

This website uses cookies to improve your experience while you navigate through the website. Out of these cookies, the cookies that are categorized as necessary are stored on your browser as they are essential for the working of basic functionalities of the website. We also use third-party cookies that help us analyze and understand how you use this website. These cookies will be stored in your browser only with your consent. You also have the option to opt-out of these cookies. But opting out of some of these cookies may have an effect on your browsing experience.
Necessary Always Enabled
Necessary cookies are absolutely essential for the website to function properly. This category only includes cookies that ensures basic functionalities and security features of the website. These cookies do not store any personal information.
Non-necessary
Any cookies that may not be particularly necessary for the website to function and is used specifically to collect user personal data via analytics, ads, other embedded contents are termed as non-necessary cookies. It is mandatory to procure user consent prior to running these cookies on your website.
SAVE & ACCEPT
View the CLF Coronavirus Information Hub for the latest advice and guidanceView
+ +